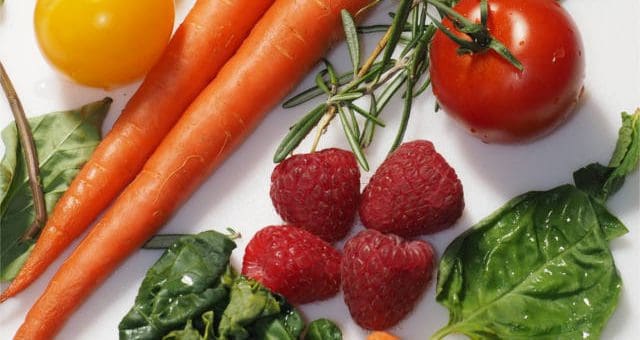 It seems that our modern lifestyles are not doing us any good…this article describes how our bodies are finding it more difficult to cope with many foods, due to our immune systems over-reacting to our foods:

The epidemic of food allergies may be caused by the absence of certain beneficial bacteria in the human gut, according to a new study by scientists at Boston Children’s Hospital and Brigham and Women’s Hospital in Massachusetts and published in the journal Nature Medicine.

Food allergies have risen sharply over the last decade and one hypothesis is that certain Western lifestyle factors are disrupting the normal microbial balance in the gut, depriving babies of the “good” bacteria that prepare the immune system to recognize food as harmless, researchers said.

Rima Rachid, MD, assistant director of the Food Allergy Program in Boston Children’s Division of Immunology; Georg Gerber, MD, PhD, first co-author of the study, and his colleagues at Brigham and Women’s Hospital; Talal Chatila, MD, director of the Food Allergy Program at Boston Children’s Hospital and a senior author of the paper; and Lynn Bry, MD, PhD, senior author from Brigham and Women’s Hospital, carried out extensive research which could prove that food allergy is strongly linked to the loss of protective gut bacteria.

While previous studies have suggested that certain bacteria can protect against food allergies, the new study goes a step further, describing the specific immunological pathway by which the bacteria act in mice.

The researchers believe their findings will eventually lead to new treatments that prevent the development of food allergies in newborns at risk. The treatments might take the form of probiotics, mixes of beneficial bacteria, or drugs that prime the immune system in the same way, they said.

And for the millions who already suffer from food allergies, the same treatments may be able to reverse their disease, according to Chatila.

Ultimately, the promising results in mice will have to be duplicated in humans, Chatila said. This may happen soon. Researchers are already working on a clinical trial at Boston Children’s Hospital to test the safety and efficacy of fecal transplants in adults with peanut allergy. Chatila notes that several companies are already preparing bacterial mixes for clinical trials.

“If the race continues with the same intensity, or accelerates,” he said, “I think you’ll see a product on the market within five years.”

Taken from an article by: